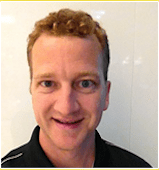 Rob Dulaney began serving in Youth Ministry in 1996 while a student at Trinityå University. After graduating in 2000, he served as the Assistant Director and then Director of Junior High Student Ministries at University United Methodist Church in San Antonio, TX. Since 2007, he has been serving at St. Luke’s United Methodist Church in Houston, TX as the Director of Student Ministries. Rob oversees the Student Ministries of two different campuses, one urban and one suburban. He has a Masters in Divinity from Fuller Theological Seminary. Rob lives in Houston, Texas with his wife Christy, and his three young children, Trey, Abby, and Hannah Grace. In his free time he enjoys running, cooking, and playing ultimate frisbee.